Have a Character in a Book Named for You

The weather cooperated for the Jane Austen “in character” weekend August 15 – 17 although the ever-popular archery made it just in time before a few sprinkles. After Hope Greenberg talked about “whites”, her workshop for neck ruffs, caps, and other small essentials for the fashionable 1814 woman’s wardrobe, nearly everyone signed up and with that and turban-making the needles were flying and the results beautiful to see when everyone dressed for dinner and English country dancing afterward. There was a lot of lobbying for a weekend devoted to sewing with Hope here to help with whatever personal period sewing projects the participants bring along with them as well as leading workshops. I offered such a weekend a couple years ago and included what Hope called “corset consultations” to make the finished product even more authentic, but there were no takers for the weekend. So I’m sending out an appeal for answers as to whether people are interested in a late-fall or winter in character weekend which would have a regency dinner party with dancing and a sleigh ride, but also lots of sewing just as it might have been on a winter weekend 200 years ago. What do you think? Please send votes or long comments to the inn at info@OneHundredMain.com.

Tess Quinn read a bit from her latest work of Jane Austen fan fiction, working title What Matters of the Heart: Being a Timely Exposition of a Gentleman’s Introduction to Love, which gives us a new twist on Georgiana Darcy as she tells the story of Pride and Prejudice from her point of view. Tess has offered a fabulous prize for scoring well on the Jane Austen or Regency life quizes that happen during brunch each weekend: to have a character named in your honor. During the in character weekend, Kimberley Miller had the highest score. She confessed that she’d secretly hoped to win so she could present the honor to her mother, Diana. Tess was delighted because Diana Miller is so perfect a nineteenth century English name that she can use it just as it is. One name will be drawn from everyone who scores well during all the weekends in 2015 and that name, or Tess’s nineteenth century version of it, will become a character in her next book which comes out in 2016. So watch for Diana Miller and bone up on your Austen and maybe we’ll be reading about you at Pemberley. The contest will start with the January 2015 weekends, Sense and Sensibility the 9th – 11th and Emma the 23rd – 25th. Please go to the Jane Austen page for more information and make reservations directly with the inn at www.OneHundredain.com or 802-888-6888. 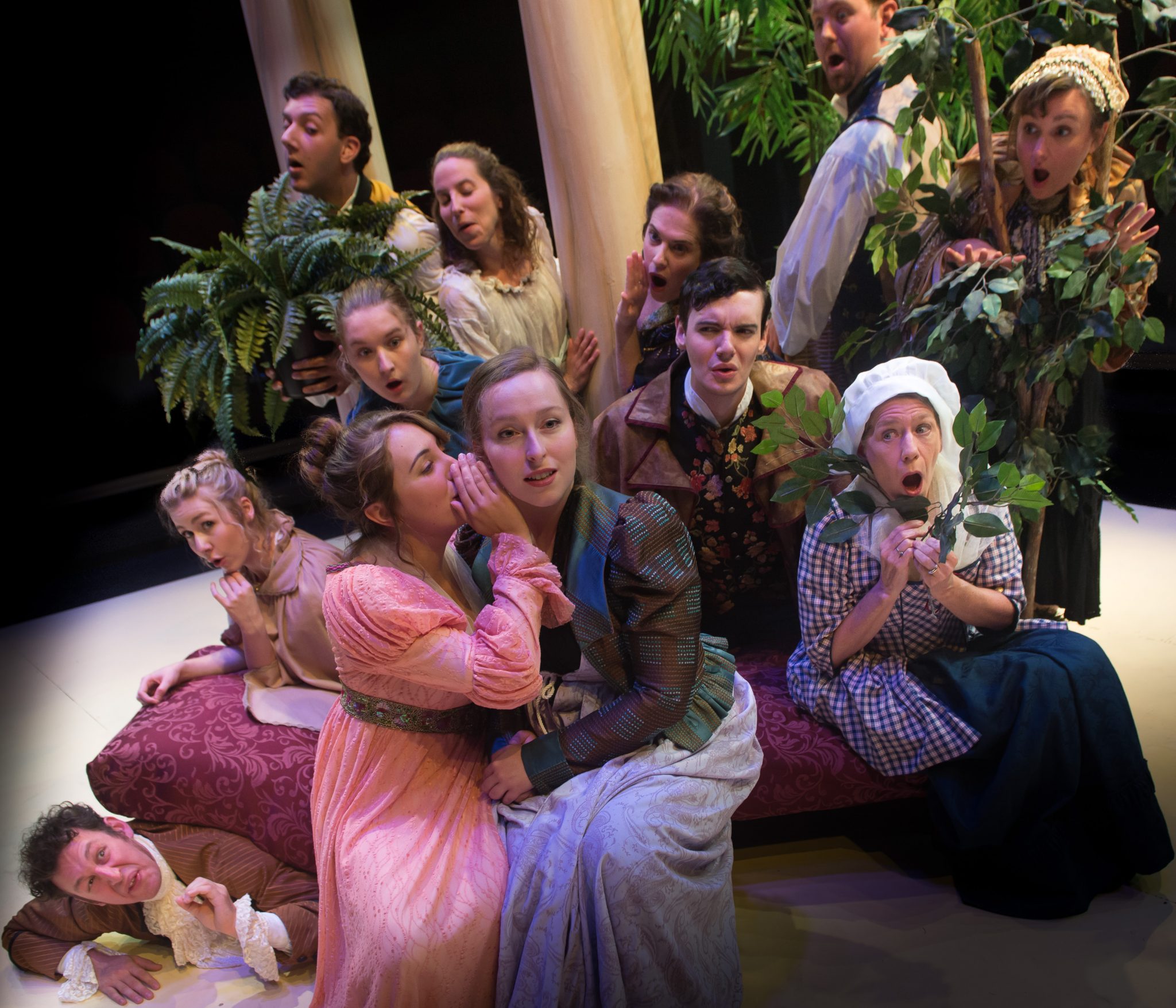 I want to pass along information about a production of Sense and Sensibility, timely for us as in January we start series […]